Richard Bird’s ‘The Eunuch’: A comically dark novel of misfortune in Texas

In The Eunuch: A Dark Tale, Nathan is a man who loses a fight with a badass terrier. This review was originally posted to Helium Network on April 24, 2012. 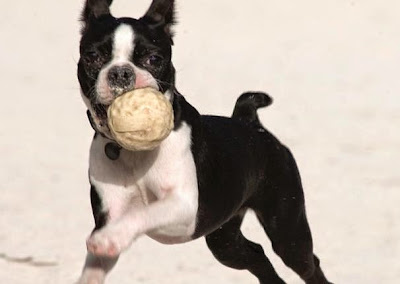 There is never a dull moment in The Eunuch: A Dark Tale. Published in 1995 under the pen name Richard Bird and re-released as an e-book in 2013 with a 2014 reprint, this hilariously inappropriate novel follows a straight-but-not-narrow male who is castrated under compromising circumstances and subsequently seeks the company of other fascinating, twisted people.

Initially, lacking a full reckoning with his own past and absent any particular ambition for the future, the new eunuch Nathan drifts passively through a moment in his "middle age" that becomes increasingly bizarre. Sometimes the story's action needs no further explanation, as in the various sexually explicit passages. At other times, the action is confounding, including the behavior of an avant garde artist who paints entirely in orange and a con artist preacher who speaks in tongues. It's satirical, but not necessarily unrealistic. Life is that ridiculous, sometimes – depending on what one stops to laugh at.

Nathan's path to happiness lies in asserting himself by choosing his friends more wisely and with greater authenticity. Because his affinity with his new friends is driven by his physical condition, he simultaneously comes to accept himself as a eunuch. It's as if, when he is first sighted by his lover-to-be between the legs of a nude statue in the book's opening sentences, he is dragged through a magic portal into a new life.

Curiously, Nathan is not the lone eunuch in Texas. There is a man of Apache descent, once called "Tonto" by his platoon leader in Vietnam, who returned with a significant war injury. Now living on the margins of society, his manhood called into question, this man, Geronimo, self-Tontifies his presentation to an outrageous degree as a coping mechanism in a world he finds hostile and overwhelming, until finally, in a paroxysm of ineffectual carnage in which he attacks a parking meter and a pre-deceased large ruminant, he self-destructs.

While Nathan empathizes with him, Geronimo comes across as more of a buffoonish poltergeist than a real person. He is Nathan's shadow in the Jungian sense. Both men were physically castrated by accident while being taken advantage of by another person; both are possessed by the urge to vengefully mutilate the perceived responsible party in kind. But Nathan is more grounded in the world. The reader votes him "more likely to succeed."

"Nathan" is a good name for a eunuch, possibly hearkening back to the Biblical Nathan-melech who oversaw the stables of a pagan king. The modern Nathan shares something in common with domesticated horses, too, in the particular way he is drafted into a splutteringly disgusting biotechnology project.

Nathan's dark tale wrestles with some essential human questions without ever getting preachy. He may be of special interest to virility-challenged men looking for a good antihero to cheer them up.