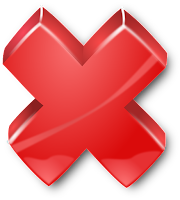 Users also quickly mislabeled the shooter as transgender – even going so far as to misidentify him with photos of another transgender individual who was completely unconnected to the events.

"[That] false claim... it really had legs, like [it] really spread around in the far right," said Alex Kaplan, a senior researcher at Media Matters. "You had Alex Jones sharing it, you had Andrew Torba [sharing it]. It reached Congressman Paul Gosar."

Gosar, who faced backlash for spreading the false information, later deleted his tweet.

There is no evidence that the shooter was transgender, but even the unfounded claim itself prompted alarm that the claim would ignite further violence against LGBTQ individuals.

"This comes as there has been this... anti LGBTQ campaign to basically claim that... gay people or teachers are 'grooming' children, or that transgender people are targeting children," Kaplan noted.

The individual who was incorrectly identified posted on their Reddit profile page: "It's not me, I don't even live in Texas."

It's important to think about why this particular bit of disinformation would be generated and spread, as well as why anyone reading it would be inclined to believe it. If you aren't aware of how transphobia works, I invite you to take a look at my writings about anti-LGBTQ disinformation.

- May 27, 2022
Email ThisBlogThis!Share to TwitterShare to FacebookShare to Pinterest
Labels: anti-transgender, disinformation