"...one might think that trans advocates and the city spent five decades arguing over the most accurate definition of sex. During my time on the advisory committee in 2005, that’s what I thought was going on."

"Trans advocates made their claims in the register of expertise and truth, working from the assumption that sex reclassification policies should be based on the correct definition of sex (whether that definition indexes common sense or contemporary medical knowledge)."

But the state was more pragmatic:

"...the city bureaucrats were the real Foucauldians: they understood that sex was not a thing in itself but something instrumentalized differently by different agencies."

As it turns out:

"For transgender people in the United States, the sheer number of state institutions with discrete authority to define sex ensnares us in Kafkaesque contradictions."

Currah notes that the document for everyday identification in the United States, the driver's license, has been relatively easy to change in many states, since the government wants a person's document to describe how that person appears. "Their function is to watch over individuals and track their movements across the state’s territory. An F on the driver’s license of a balding, bearded man like myself hinders the public and private protectors of the security state." However: "Marriage is different. Decisions about marriage concern the state’s interest not in identification (fixing who one is) but of distribution (deciding what one gets)." Before marriage became gender-neutral, trans people's marriages were concerning to the government "less because they feared that a handful of people would enjoy certain rights," but more so because "such marriages challenged the entire rationale for who could get married to whom."

This article is adapted from his book, Sex Is as Sex Does: Governing Transgender Identity, which will be out in two days. 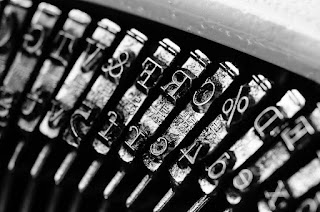 M? F? X? Typewriter by Gerhard Bögner from Pixabay
- May 29, 2022
Email ThisBlogThis!Share to TwitterShare to FacebookShare to Pinterest
Labels: transgender