Thoughts on the SCOTUS draft opinion on Roe

Last night, POLITICO reported on a draft SCOTUS opinion written in February that someone leaked. SCOTUS confirmed that it is a real draft, although they say they did not mean for it to be leaked and that they do not know who did it. SCOTUS may have already revised this draft since then or may plan to revise it, but if it were to be issued as-is, the opinion would essentially overturn Roe v. Wade.

Alito's draft declares that, inter alia, the right to marry a person of a different race, the right to contraception, and the right not to be forcibly sterilized, all lack "any claim to being deeply rooted in history" – which is the same reason he overrules the right to abortion. pic.twitter.com/NJZS8sWJMo

After casting some drive-by shade on the existence of these other fundamental rights, Alito then says: don't worry, all of these other rights are different, they don't involve the "critical moral question" like abortion does, so just relax about the others, they're fine. pic.twitter.com/NGeuARk3ZC

In the discussion on Twitter, you can see people making points like this (as I paraphrase and expand upon them):

Bostock v. Clayton County (2020) too? I am tossing up an idea. Right now, I don't know exactly how they'll get rid of that one, but of course they will.

Relatedly, as someone pointed out, Buck v. Bell (1927) is still around. It allows states to sterilize people who are in public institutions.

Also, the potential (and likely) SCOTUS overturning of Roe is not the sole threat, because:

If you are out here saying “marriage equality is next” please do keep in mind that at least one state has made care for trans youth a felony right now and is currently in court defending that law. There is no “next” - the horror is NOW.

And the horror is also in the future, because (prediction):

We will see Obergefell die in 2024. The Alliance Defending Freedom (ADF) has been planning this ever since it became apparent that Roe v. Wade was going down. Most conservative state AGs have relationships with the organization. 5/n

Most states are gerrymandered to the point where changing the state legislature is impossible. Those same states generally prohibit voter initiated ballot initiatives. The notion that they can be brought back at the state level is a fantasy that only SCOTUS believes.

It's also worth mentioning that Alito's arguments clearly open the doors to the return of sumptuary and cross dressing laws. Given the death of privacy rights, and Lawrence, the end state is that it will become illegal to be trans in your own home.

Alito’s draft heavily references English legal precedent, including that of famed jurist Sir Matthew Hale who, it should be noted, had at least two women executed for witchcraft and wrote a treatise supporting marital rape pic.twitter.com/YijPlbkcq3

https://t.co/uQY4KnNsKo for those interested in why Sir Matthew Hale’s views on abortion are suddenly relevant pic.twitter.com/ZX5HhrJvfs

Love the argument that we can’t have rights because we have a deeply rooted history of not having rights.

Also, check out today's article by Jude Ellison Doyle, "We Have Entered the 'Anti-Gender' Endgame":

"There is no cavalry coming over the hill, no Hail Mary play, no impending wave of pro-choice activism that’s going to save us. There simply are not enough pro-choice justices on SCOTUS to save abortion. ... For there to be a massive feminist uprising in defense of Roe, there would need to be a functional feminist movement in the United States. There isn’t one. Since approximately 2016, a misogynist backlash has almost completely dismantled it. ... Gay marriage, gay sex, youth transition, any transition, interracial marriage, domestic partnership without marriage, abortion. contraception, or simply not being forcibly sterilized and/or detransitioned by the state — none of this is safe. None of this is “traditional.” All of it is on the line."

See this October 2021 article from the Guttmacher Institute: "26 States Are Certain or Likely to Ban Abortion Without Roe: Here’s Which Ones and Why"

Josh Marshall argues in the New York Times in June 2022:

"...you can’t make an election into a referendum on an issue if you can’t point to anything winning the election would accomplish. To make the 2022 elections a referendum on Roe, Democrats have to put protecting Roe and abortion rights on the table.

Here’s one way to do that: get clear public commitments from every Senate Democrat (and candidate for Senate) not only to vote for the Roe bill in January 2023 but also to change the filibuster rules to ensure that a majority vote would actually pass the bill and send it to the White House for the president’s signature.

If my math is right and there are 48 Senate Democrats ready to make that pledge, they need two additional Democratic senators in the next Congress. And that is the party’s message that makes the 2022 midterms a referendum on Roe: 'Give us the House and two more senators, and we will make Roe law in January 2023.'"

It is important to remember (stats about anti-abortion violence, provided by this HuffPost article):

"From 1977 to 2020 in America, anti-abortion activists committed at least 11 murders, 26 attempted murders, 956 threats of harm or death, 624 stalking incidents and four kidnappings, according to data collected by the National Abortion Federation. They have bombed 42 abortion clinics, set 194 on fire, attempted to bomb or burn an additional 104 and made 667 bomb threats."

"Globally, abortion rights and access have broadly expanded in the 50 years since the Supreme Court’s decision in Roe v. Wade made the practice legal in the United States. But a small number of countries have moved in the opposite direction, especially in the last decade, seeking to outlaw abortions, harden existing bans, or enacting new restrictions.

These nations ― countries like Brazil, El Salvador, Hungary, India, Nicaragua and Poland ― share one major commonality: They are almost exclusively countries that experts consider 'backsliding democracies,' in which abortion access is one of many rights under threat.

Now, the United States ― itself now widely considered a democracy in decline ― is about to join them."

See also: "This Novel Imagines Fascism in the 1930s USA". It's a 4-minute read on Medium. Medium lets you read a certain number of stories for free every month. You may also consider a paid membership on the platform. 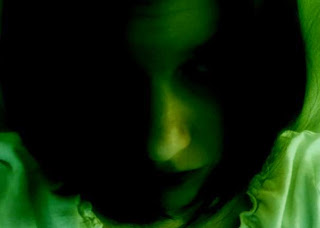 - May 03, 2022
Email ThisBlogThis!Share to TwitterShare to FacebookShare to Pinterest
Labels: abortion rights