The First Amendment does say "Congress shall make no law respecting an establishment of religion, or prohibiting the free exercise thereof," but that does not stop lawmakers from endorsing Christian nationalism.

Rep. Marjorie Taylor Greene says that Christian nationalism is nothing to fear because it's the only thing that can stop school shootings, crime, and sexual immorality, declaring that anyone who opposes it is a "domestic terrorist." pic.twitter.com/0WhcAfFeCT

One of many, many related phenomena we might bring up is that some guns are Christian.

I am not over the fact that a gun company made a gun named the Crusader, stamped Psalm 144:1 on it, it's in such high demand that there's a 12-18 month waiting period, and we don't treat it as a call for religious terrorism.

I. Am. Literally. A. Historian. Of. The. Crusades. https://t.co/Z2PfHTTCGL

If you're interested in context, please see my posts on Sarah Posner's Unholy and Katherine Stewart's The Good News Club (both on this blog); Jesus and John Wayne by Kristin Kobes Du Mez and American Rule by Jared Yates Sexton (on Medium — these links get you around the paywall); and The End of White Christian America by Robert P. Jones (on Goodreads). 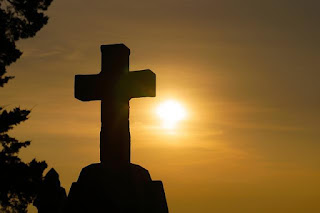