"The Idaho House of Representatives...passed legislation to make it a crime punishable by life in prison for a parent to seek out gender-affirming health care for their transgender child." (NBC, March 9, 2022)

The group's leader had a seven-page document with an operational plan for the protest.

The goal of targeting gender-affirming care for kids isn't to protect kids. The goal is to make Nazis appear. Working as expected.

After the arrest, the police received death threats. Two days after the arrest, "Coeur d’Alene Police Chief Lee White said...he [had] received a mix of 149 phone calls, half of which were 'hate and threats from elsewhere, including white supremacists, etc.' The other half of the calls were 'supportive calls from the Coeur D’Alene community.'" (HuffPost)

Just got off the phone with a source in LE.

We narrowly avoided a massacre in Coeur d'Alene.

The 31 PF members had blunt instrument weapons and were planning on bludgeoning people attending Pride. I'm told that most, if not all, also had concealed firearms. This was for dealing with anyone at who was armed, or fought back. 2/n

Read the CNN explainer on Patriot Front, and also note:

This might not be an Idaho based group, but North Idaho (and the region) remains particularly attractive to people with far right ideas. Historically speaking, CDA is not far from the former compound of the Aryan Nations, which was vehemently opposed by locals.

The ideas of Richard Butler are not gone, however. Hardly. N Idaho has been marketed in recent years as the American Redoubt - essentially a white Christian homeland, and a rebranding of Butler’s idea.

Okay, trying again: to those asking why Patriot Front would target Pride: to the white power movement and some of the militant right, a host of social issues (abortion, gay rights, interracial contact, immigration, secularism) are all a problem for the same reason. (1)

If you wonder where people are getting their cues to violently target LGBTQ people. pic.twitter.com/JAhD2moCUk

If you believe people need to be protected from their own trans-ness, as if it were an illness of which they needed to be cured, why do you also want to villainize or hurt those people? An insight from Susan Sontag: In the mid-19th century, people began to understand that illnesses were caused by microorganisms. No longer was there simply a person who was mysteriously ill; there was an identifiable enemy attacking that person, so to speak. This was when "medicine really began to be effective, and the military metaphors took on new credibility and precision. Since then, military metaphors have more and more come to infuse all aspects of the description of the medical situation. Disease is seen as an invasion of alien organisms, to which the body responds by its own military operations, such as the mobilizing of immunological ‘defenses,’ and medicine is ‘aggressive,’ as in the language of most chemotherapies." (Susan Sontag, AIDS and Its Metaphors (1989), Chapter 1)

Update: Proud Boys also showed up to protest at a Nevada library on June 26, 2022. The library was holding a drag queen story hour, and one of the men was openly carrying a gun (legal in Nevada) and approached the library. Proud Boys showed up at a California LGBTQ bar on June 30, 2022, harassing patrons at the door and making comments about "pedophiles." The bar had planned an all-ages drag show and had to postpone the event.

"Trans Kids Are Found in History, Too" (5-minute read) or "How the Far-Right Comes for Trans People" (4-minute read). Using these links get you around the paywall. 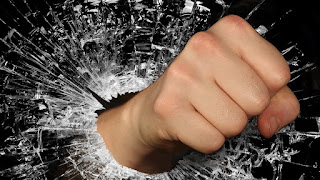