Thomas Zimmer writes in The Guardian today, "The January 6 hearings aren’t acknowledging the elephant in the room":

"And how are the people the hearings present as Team Normal, as standing up to Trump’s coup attempt, dealing with all this? Take Bill Barr: he’s on record saying he would vote for Trump in 2024. In his testimony for the committee as well as in his book, Barr has left no doubt that he believes Trump is either willfully pushing treasonous conspiracy theories or is completely detached from reality – yet Barr is still willing to help put him back in the White House.

Barr’s ability to rationalize this astonishing balancing act is the main reason I am skeptical that the hearings, by focusing narrowly on Trump, could succeed at turning Republicans away from him. When confronted with how he could possibly still support another Trump presidency during his book promotion tour earlier this year, Barr replied: “Because I believe that the greatest threat to the country is the progressive agenda being pushed by the Democratic party.” There it is: after everything we have been through, conservatives still see the Democrats (or progressives, or liberals, or the left – they see them as interchangeable) as the biggest threat.

This is the perfect encapsulation of the permission structure that governs conservative politics: anything is justified in defense against what they constantly play up as a radically “un-American,” extremist “left” that has supposedly taken over the Democratic party."

That "progressive agenda being pushed by the Democratic party" is maybe not most widely understood as a what, but rather a who. What I understand from this is: Republicans will vote to end U.S. democracy rather than accept that certain kinds of people exist.

transphobia connects the entire fascist movement, it is its living tissue, and you have to defend trans people without caveat if you want to fight fascism in earnest

I think that we’re entering a period when the most meaningful political distinction will be fascist and anti-fascist. It’s really important to understand that transphobia is one of the most potent entry points to fascism today - and act accordingly.

Terrifying to watch the escalation of transphobic rhetoric in the US. It so closely mirrors what’s happened here - with the hostility from legacy media being amplified by large social media contingents and certain celebrities.

Really tho, the fact that we see cis women who are actively losing their rights joining in on attacks on trans people, and scapegoating them, as eliminationist policies are pursued at the state level in red states around the country, should be historically horrifying to people.

This is part of the fascist spiral.

It's terrifying and sad that a number of feminists from the 70s & 80s have, with fascism, world war and environmental collapse imminent, chosen to obsess with persuading women that trans people are the real existential threat.
It's the mindboggling fucking pettiness that gets me.

“What killed the organized national feminist movement? Could it have been a massive, organized right wing attack that dismantled their institutions, from NOW to Planned Parenthood to Title IX, over the course of decades? No, it was definitely a 13 year old who goes by they/them.”

6/ “Culture wars” may seem to address different issues, but they serve the same purposes because they are driven by a storyline of theft.

Man alive. It took literally no time for the Right and moderates to take the fallout from the overturn of Roe and divide any sort of mass response.

Everything says we’re being prepared to live within a new reactionary era.

This is how authoritarianism gains purchase and control.

It is SO STRANGE that as soon as Roe v Wade was overturned, almost every venue from @nytimes down turned to an intense attack on trans persons. TERFs are transparently just being used now.

I know a lot of my jokes revolve around hyperbole but I am not remotely exaggerating when I say that once a person gets into transphobia it eventually becomes all they're capable of thinking abouthttps://t.co/mzO3vMJGDz

The attacks on trans people coming from center-left and "centrist" media sources like the NYT is very much part of the bigger plan by the right. The goal is to undercut any potential resistance to what comes next. 1/n

These narratives are all the same with different coats of paint.

There is an "evil group" orchestrating the chaos from behind the scenes. It's most often anti-Semitic and the "threat" creates a need for violence and antidemocratic actions to "solve the crisis."

With this shift, the instability and chaos are blamed on loosening of tradition, including changing gender roles, progress, and unchecked liberalism.

They build their base on reestablishing patriarchal and religious culture by force.

Remember this when you read articles that blame gay and trans people for Roe being undone.

When you hear it's the Left or "wokeness" or "cancel culture."

It's preparing America to accept the Right Wing reactionary authoritarianism. To place the blame on the vulnerable.

All kinds of people exist. 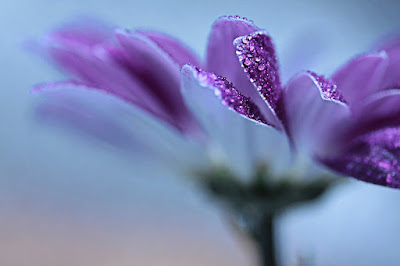