Can Fox News be made unprofitable?

Five years ago, I co-founded the campaign to make Breitbart unprofitable. They lost 90% of their ad revenues in 3 months. Today, we're launching the campaign to take on Fox News — and we know exactly how to get the job done. cc @mediagazer https://t.co/3ie3QRwIsd

Bobby Allyn says there are

"growing calls from online advertising watchers for there to be more transparency and accountability in the complex industry that is digital advertising, an ever-growing segment of the economy in which an estimated $521 billion was spent last year.

"...Atkin...says her group is going after the 'ATM of the disinformation economy.'

About 95% of Fox's profits come from its cable division, so sacrificing online ads would barely put a dent in the company financially.

But Check My Ads staffers remain optimistic, saying the campaign is about more than depriving Fox of money. They maintain it is also focused on attacking Fox's legitimacy and stirring a larger advertising-wide conversation about who is financially supporting Fox, said the group's cofounder Nandini Jammi, who was also behind the social media activist organization Sleeping Giants."

Will people stop giving money to Fox? Maybe yes, maybe no. We can try. To far-right media, use the pocketbook to say: 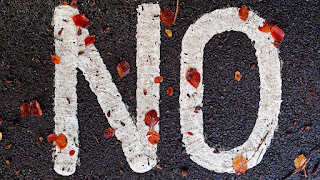