The anti-trans message is that the state owns your body

Kara Dansky, the co-founder of the Women's Liberation Front, went on Tucker Carlson in 2017 "to make common cause with the far-right against what she calls the 'Transgender Agenda,'" as someone (who has made their Twitter account private) explains now. This person noticed in 2021 that Dansky "was actively involved in the UK anti-trans crusade as the president of the US chapter of Women's Declaration International" and is connecting the anti-transgender platform (Dansky calls these supporters her 'terven,' according to the person's Twitter thread) "with the Christian nationalist far-right." "There is a plainly obvious direct line from anti-trans bigotry, to hate and lies directed towards drag queens, calling trans and gay people 'groomers,' and Neo-Nazis showing up at Pride events with violent intentions," the person says. And, of course, anti-trans initiatives "harm not only trans people, but gay people, and women who do not conform to gender stereotypes," as well as "girls who want to play sports free from invasive exams into their sex and gender." Dansky "has never acknowledged how her activities relate to the growing fascist movement."

Looks like the TERFs are having a rally in DC.

I always love when they pair up with Alliance Defending Freedom and The Heritage Foundation, two of the leading anti-abortion organizations in America.

You know, just in case you thought they were actually "feminists." pic.twitter.com/xts2z5tofc

Esther Wang wrote in 2019: "As the trans writer, activist, and scientist Julia Serano wrote recently, “We are now living through the biggest anti-trans backlash since the 1970s.” She added, “It’s not just Republicans or evangelicals — it’s coming from numerous fronts.” ("The Unholy Alliance of Trans-Exclusionary Radical Feminists and the Right Wing," Esther Wang, Jezebel, May 9, 2019)

But also, as Roger Pielke Jr. tweeted on June 16, 2022: "The most visible academics pushing to ban trans women from womens sport have hitched their work to the far right fringe in the US"

Cis people: I need you to understand (and help others understand) that “the trans debate” is NOT relevant “to only a small number of people” but to everyone. Thread below for why:

(This is focused on cis women, but cis dudes I need you to listen too. You are also in danger.)

Being anti-trans is only possible by policing the gender and sex of everyone. Because I promise you - you don’t know who is trans and who isn’t.

Also, most of this isn’t really about trans people although we get hurt the most first - it’s about control.

The anti-trans message is that the state owns your body.

I mean we’ve got multiple state governments super hyped to give kids internal and external genital exams because there might be one trans girl in Ohio playing softball. What’s the purpose of that beyond telling girls their bodies belong to the state?

It's part of the fascist agenda.

The anti-trans panic part of a broader fascist agenda focused on taking away everyone’s choices in public and in private.

Abandoning trans people to persecution and death is immoral.

It also opens the doors of your community and your home and your heart to fascism. 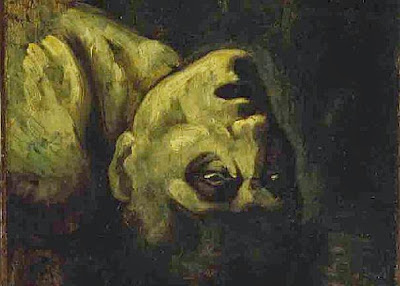