"Gustavo Petro, a former rebel and a longtime legislator, won Colombia’s presidential election on Sunday, galvanizing voters frustrated by decades of poverty and inequality under conservative leaders, with promises to expand social programs, tax the wealthy and move away from an economy he has called overly reliant on fossil fuels.

His victory sets the third largest nation in Latin America on a sharply uncertain path, just as it faces rising poverty and violence that have sent record numbers of Colombians to the United States border; high levels of deforestation in the Colombian Amazon, a key buffer against climate change; and a growing distrust of key democratic institutions, which has become a trend in the region."

Also from that article:

"Mr. Petro, in an interview earlier this year, said he believed he could work well with the government of President Biden, adding that his relationship with the United States would focus on working together to tackle climate change, specifically halting the rapid erosion of the Amazon.

“There is a point of dialogue there,” he said. “Because saving the Amazon rainforest involves some instruments, some programs, that do not exist today, at least not with respect to the United States. It is, in my opinion, the priority.”" 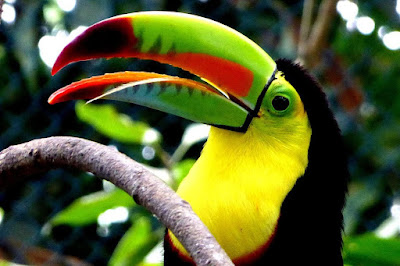