The 'Rainbow Scare' is a cruel falsepanic, and it is upon us

I share the term "Rainbow Scare" to focus our thinking.

From Allison Hope's opinion essay in CNN today: "Americans are facing a Rainbow Scare — and it may get worse before it gets better" (June 16, 2022)

We have entered the era of the Rainbow Scare.

The Rainbow Scare has haunting echoes of the Red Scare and related Lavender Scare (as historian David K. Johnson coined it) from the mid-20th century, when fears about the spread of communism during the Cold War emboldened Republican Sen. Joseph McCarthy of Wisconsin and others in the US government to persecute and ostracize people who were deemed to be "communist sympathizers," cavorting with the Soviet enemy. LGBTQ+ people were among them — fired from their jobs, forced to undergo psychiatric treatment and institutionalization, including electric shock treatment, and prosecuted as security threats to the nation.

This was the era when then-President Dwight Eisenhower signed Executive Order 10450, which helped fuel a national witch-hunt to purge queer Americans from the federal government. Around 5,000 federal agency employees lost their jobs on the basis of their sexual orientation. McCarthy and other leaders used LGBTQ+ people as a wedge issue and scare tactic to justify state-sponsored discrimination, just as right-wing leaders are trying to today.

my aunt, a jewish lesbian in her sixties, called me the other day and said "all these transphobes decided they were transphobic in the seventies and now they're just pretending it's a new thing" and i found that helpful to hear

the narrative is that transness is a modern phenomenon, unknown in its effects and without precedent. this is obviously false, and we rightly go to the 30s Berlin to argue against that. but it's modern form, erasure of women as a feminist argument, was trialed a few decades ago

After he yelled “it used to be legal to kill gay people” at a woman and her wife, and she later saw him carrying a gun, she learned her community already ID’d his Gab account and were collecting screenshots. Police acted after they were handed all of this. https://t.co/voffx2rkLV

The timeline of his threats made online overlaps with the month in which threats to LGBTQ community events were rapidly escalating, from white nationalists, from Libs of TikTok, from GOP legislators https://t.co/tz9mUQ2OGl

The term "falsepanic" is mine, coined for the sake of this blog post's title. It's not a real, diagnosable anxiety. It's a falsehood. The people who express anxiety about queer/trans people may indeed feel some kind of fear, but they also likely know it's on a false basis.

For the past several days, I've been writing about this...

Anti-Trans Bills Encourage Far-Right Violence
That may be the intent. It sure looks like the outcome.
Jun 15 — 3 min read

Why is the Far-Right Ever More Intensely Anti-Trans?
Because they’re bored by finally winning against abortion rights
Jun 14 — 3 min read 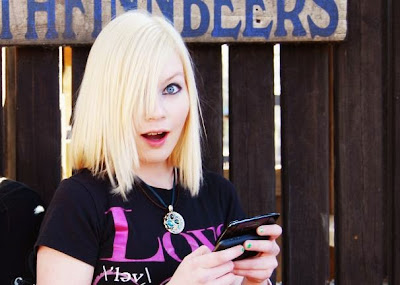