A bit of history:

In 1994, a federal assault weapon ban was passed during Bill Clinton’s presidency. One of the compromises that had to be made in order for it to pass was that a 10-year sunset provision was built into it. During that decade when assault weapons were banned, experts say mass shootings in this country were reduced by 43 percent. Then, in 2004, Republicans in Congress voted against extending the ban, and immediately after the ban expired, mass shootings went up by almost 250 percent.

So we have solid research proving that it worked — and frankly, it wasn’t even a perfect piece of legislation. It had a lot of loopholes in it. It allowed for lots of assault weapons to be grandfathered in. It didn’t completely ban those weapons, and still it made a massive difference. 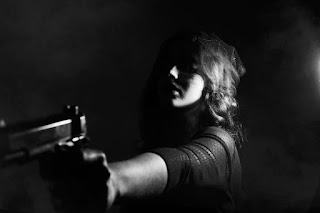 Knowing that others are likely to have guns will not deter a would-be mass shooter. Jillian Peterson says:

"I don’t think most people realize that these are suicides, in addition to homicides. Mass shooters design these to be their final acts. When you realize this, it completely flips the idea that someone with a gun on the scene is going to deter this. If anything, that’s an incentive for these individuals. They are going in to be killed."