Pranshu Verma in the Washington Post today ("This Styrofoam-eating ‘superworm’ could help solve the garbage crisis"):

In a paper released last week in the journal of Microbial Genomics, scientists from the University of Queensland in Brisbane, Australia, showed that the larvae of a darkling beetle, called zophobas morio, can survive solely on polystyrene, commonly called Styrofoam.

...the scientists will study those enzymes to see how well they can digest polystyrene on a large scale — modifying them if necessary to become more effective. “We want to not have gigantic superworm farms,” he said. “Rather, we want to focus on the enzyme.”

If the research proves successful, Rinke said waste managers could collect and grind Styrofoam materials and put them into a liquid solution made with the superworm enzyme. The solution would ideally dispose of the Styrofoam or digest it in a way that allows new plastic products to be created, thereby reducing the need for new plastic materials, Rinke said. 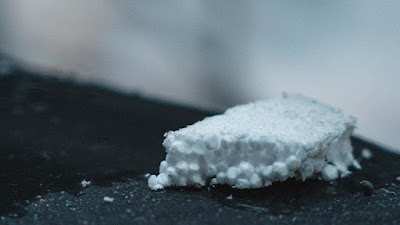