No time to promote your work? Identify topics already in high demand

If you don't have time to promote your articles, you can still make a little money if you pick topics for which there is reader demand that hasn't been met yet. 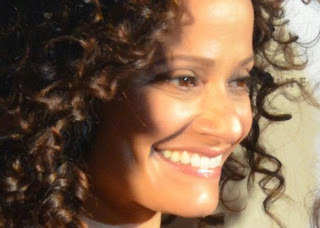 When investigating how to make money writing articles online, one of the first tips you'll get is to promote your articles through social media. This sounds straightforward enough, but suppose you aren't already active on Facebook, Twitter or LinkedIn and you don't want to be. Suppose you've never heard of Digg, Reddit, Pinterest, Instagram, Del.icio.us or RedGage. Suppose you don't have time to blog.

It's quick and easy to post links to your own articles and to involve yourself in online conversations about your articles if you already have a following on social media and you log in every day anyway. However, it probably doesn't make sense for you to build a following on these sites just so you can post your own links. The time investment may not be worth the return.

If you have no intention and no plan to promote your own writing, yet you still hope to earn a little bit, you will benefit from asking this question: What articles will promote themselves?

'Exploit the gap', Take 1: Find a new approach to a beloved subject

Entrepreneurial writer Jonathan Fielding in his book Career Renegade describes the sweet spot in a market as a "gap" that can be "exploited." The businessperson's job is to identify a market that has some demand, but that has gaps where there is additional demand that is not being satisfied. The businessperson can jump right in and supply the product or service that consumers are already hungry for.

How does this apply to making money through online writing? Take this example. Suppose you want to write about Joseph Heller's novel Catch-22.

First, do a bit of research. You will see that numerous people have already posted book reviews and plot summaries. The existence of so many online articles about Catch-22 suggests that many people still read this novel (even though more than a half-century has elapsed since its first publication in 1961), and you can assume that there's some market for "clickthroughs" to articles about it.

However, why waste your time duplicating this work and supplying yet another general overview of this novel? Reader demand for this material is not going to grow. A college student might want two or three articles explaining "what happens in this book" – but they aren't going to read 11 articles merely because you've posted the eleventh one. At a certain point, the market is saturated, and writers who continue posting identical articles will only cannibalize each other's earnings.

You would be better off thinking of a unique spin on Catch-22. Does the novel provide insight on politics in the United States today? What does it have to say about virtues like loyalty and dedication? Is it still funny, and if so, why? Do you see its influence in the works of other writers? How might the book have been different if it were written today? How might it have been different if it were written by someone else?

There are probably far fewer – if any – articles on these topics. If you write one, not only are you making the academic and artistic achievement of saying something about Catch-22 that's never been said before, but you may stumble upon a "gap" in the market. By satisfying reader demand, your article will earn an above-average number of page views even if you don't take action to promote it.

'Exploit the gap', Take 2: Find a straightforward approach to an unfamiliar subject

Here's a twist on the same idea. Suppose, as an avid reader, you keep seeing references to The Power of Sympathy by William Hill Brown. It's supposed to have been the first American novel, which makes it sound important. Yet it doesn't have even 10 percent of the number of search results in Google that Catch-22 has.

Your attention may be better focused by shifting to The Power of Sympathy. Apparently, it's been relatively less privileged by writers compared to Catch-22, and there is reason to think that there's untapped reader demand for articles about it. (After all, you searched for information about it.)

In the case of an obscure book, the market may be hungry for a simple plot summary. Get that done before you even begin to worry about dreaming up a unique topic.

Once again, if you give the Internet content that it needs, you will get a few page views even if you don't promote your article on social media.

The premise behind some forms of advertising is to create consumer demand that doesn't exist yet or to create additional demand on top of that which has already been satisfied. If you have enough time, money and connections, you can convince people that they need to read your comments about The Diary of Anne Frank even though thousands of other people have already provided identical comments.

If, however, you do not wish to invest your time, money and connections in this endeavor, then you need to come up with new spins and new subjects. There is already demand for good, meaningful writing, and it's not always necessary to advertise to drum up demand. You just need to identify the areas that are waiting for your voice. The Internet will reward you with page views.